Benefits of Bilingual Education: Why Educators Should Teach in Multiple Languages 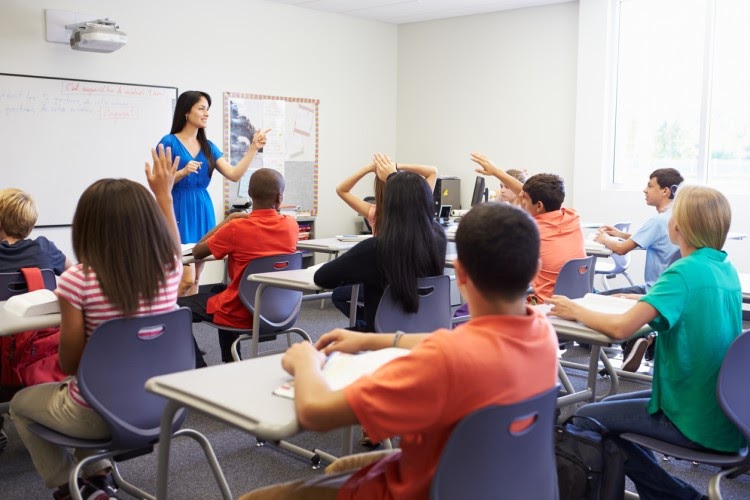 According to sociologists, the demographic trends of California, the most populous state with the world’s fifth biggest economy, and the way California addresses them point the way forward for the rest of the country. After voting to repeal a two-decade ban on dual-language classrooms, California leads the nation in embracing the benefits of bilingual education.

There is no “one-size-fits-all” approach to bilingual education, and dual-language classrooms can vary based on the subject, grade, students, teacher, and language. Of the over 220 languages spoken in California, Spanish, spoken by one-third of residents, is the most common. But many districts, such as the Fresno Unified School District, where students speak over 50 languages, are implementing diverse dual-language programs.

Three Examples of a Bilingual Classroom

The Fresno Unified School District now offers the second Hmong dual-language program in California. Students in the Hmong program come from Southeast Asian and English language backgrounds, and instruction time is split evenly between Hmong and English. By the end of sixth grade, students in the program should be fully bilingual and biliterate.

According to the Association for Supervision and Curriculum Development (ASCD), language acquisition requires students to take an active role in their own education. Peer teaching encourages this. Dan Abramoski, assistant headmaster at Muñiz, says one benefit of bilingual education is that it supports compassion and camaraderie between students and faculty.

For example, in a bilingual classroom, rather than taking a day to celebrate Cinco de Mayo, students can make meaningful connections between culture and education by exploring their own families’ histories of migration or discussing different musical traditions and tastes.

The Benefits of Bilingual Education on Student Outcomes

Language-marginalized students stand to benefit the most from dual-language initiatives. Insights from the National Academies of Science, Engineering, Medicines demonstrate that bilingual classrooms promote equity in education and help narrow the achievement gap between native English speakers and English learners.

Margarita Muñiz Academy and the Chula Vista Elementary School District have seen student achievement gaps shrink. For example, 75 percent of Muñiz’s inaugural ELL students graduated in 2016, compared to just 61 percent of ELL students who graduated across the district. In just one year at Chula Vista, the number of ELL students meeting or exceeding state standards in English climbed from 42 percent to 51 percent.

During the 2019-2020 school year, California public schools served 6.1 million students. Of those, 1.1 million were ELLs, while 1.4 million were FEP. Nearly half (40 percent) of California students come from families where English is not spoken at home.

The National PTA finds parental involvement is the biggest predictor of academic achievement: teachers who have high levels of parent involvement see more motivated students. Dr. Nava says for students whose parents do not speak English and may have inflexible work schedules, students translating for their parents can become a meaningful form of parent involvement.

Her students are part of a seven-year commitment, something parents and families support. Each year is another leg of the journey where students become increasingly proficient in two languages.

How California Implements the Benefits of Bilingual Education

Dr. Nava predicts other states will join California’s bilingual classroom push. A case in point: one year after California repealed its ban on bilingual education, Massachusetts passed the LOOK Act, which stands for Language Opportunity for Our Kids.

Educational leaders like Dr. Sanchez implement policies for bilingual education. Bilingual classrooms require consistency. As Dr. Sanchez says, education at Chula Vista is a journey, each year scaffolded to support the next level of learning.

At Mills College, Dr. Nava and his colleagues prepare future education leaders with self-reflective, social justice-focused leadership modes that will make the benefits of bilingual education a reality for students in California and across the country.

In his work, Dr. Nava has found the greatest success in schools is often driven by teachers and leaders from the community. For leaders to effect change, it helps to become familiar with families and the challenges students face.

Mills College offers an online Master of Arts in Educational Leadership. The online program offers flexibility for teachers who are not relocating but wish to study ethical, thoughtful leadership models that focus on implementing meaningful change, such as bilingual education.

California Department of Education, Facts About English Learners in California—CalEdFacts

California Department of Education, “Fingertip Facts on Education in California—CalEdFacts”

Education Week, “‘English-Only’ Laws in Education on Verge of Extinction”

Pacific Standard, “‘A Huge Shift’: How California Is Making Up for 20 Years of English-Only Education”