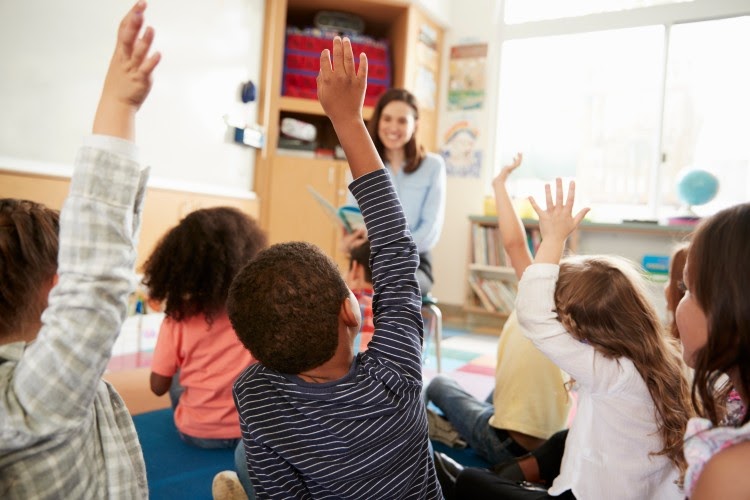 Implicit biases in education are subconscious beliefs or attitudes that influence teachers’ and administrators’ expectations of students’ performance. David Goobler, who runs a website for college instructors to share teaching strategies, says although most teachers understand implicit biases exist, they tend to think these biases affect other teachers.

Educators may be inclined to believe they don’t hold implicit biases because an implicit bias is a passively formed idea, often based largely on stereotypes. In fact, implicit biases generally run contrary to people’s conscious values and beliefs. But these biases occur universally, and they are shaped by everything from the way we grow up to the shows we watch on television.

Although implicit biases may be inevitable, that does not mean they’re not damaging. In fact, the American Bar Association has found these biases lead to discriminatory educational practices. When implicit biases influence decisions in the classroom—where 84 percent of teachers are white—minority and marginalized students suffer.

However, by confronting implicit bias in education, teachers and educational leaders can create opportunities and change classrooms, districts, and state-wide educational systems to better support students.

Implications of Implicit Bias in Learning

Students who experience the effects of stereotyping and implicit bias in education are at risk of consequences such as lower graduation rates and lower college enrollment. Two equally negative and unfortunately prevalent biases in education can be seen in the contrasting stereotypes of Asian American and Black/African American students.

The Myth of “Positive” Stereotypes

A “positive” stereotype is any kind of stereotype that seemingly attributes something good to a group of people. Examples of so-called positive stereotypes are: Italians are excellent cooks, gay men are stylish, and women are natural nurturers. But stereotyping, no matter the content, wrongly suggests we know something about an individual based on our opinions about the group to which we think they belong.

On television, Asian Americans are often portrayed as “the model minority”—for example, high-achieving students who always go on to attend top universities. But this stereotype has more to do with the lack of Asian Americans represented on TV (as of 2017, just over 6 percent of TV shows featured a series regular of Asian descent) than reality. A Washington state study found students with Southeast Asian backgrounds were actually earning bachelor’s degrees at rates below the national average.

The model minority stereotype falsely lumps a diverse group of individual students into one inaccurate category. When teachers see a stereotype instead of a student, they can fail to recognize serious problems—such as poverty, isolation, and the pressure to excel.

Aaron Kay, a psychologist at Duke University, explains that not only are positive stereotypes harmful in and of themselves, they’re also frequently tied to negative stereotypes. Kay warns that statements such as “black students are good at sports” can be linked to academic biases faced by black students.

Disproportionately high suspensions of black students indicate the persistence of negative stereotypes and point to the prevalence of implicit bias in education. A 2017 study conducted by the Brookings Institute found, across the country, black students are suspended at three times the rate of their white peers.

The study concluded that when it comes to implementing school rules, racial bias and stereotyping cannot be discounted. According to Brookings, by the time black students reach middle school, they are more likely than Asian and white students to experience unfair treatment.

Reporting from the New York Times, focusing on Minnesota’s treatment of students of color, found rampant instances of double standards for students, beginning as early as elementary school. According to a former Minnneapolis superintendent, white students who acted out in class were more likely to be described as “high strung” or “having a hard day,” while black students acting out in similar ways were frequently described as “destructive” or “violent.” In one elementary school, a black second-grader was suspended for poking a classmate with a pencil, while a white second-grader threw a rock at a classmate and was assigned in-school chores.

As the American Bar Association found, seeing certain students as “violent” versus “high strung” when engaging in similar behavior leads to discriminatory treatment. One study that looked at racial disparities in discipline across grades three to eight found that higher rates of suspension for black students correlated to black-white achievement gaps. These gaps include lower test scores for elementary and middle school students, and as students continue through school, suspensions are linked to lower graduation rates.

Additionally, research from the National Association of School Psychologists shows suspensions do nothing to improve student behavior. Disproportionate suspensions of minority students harm them by taking away their access to education, and they fuel negative academic stereotypes.

What All Stereotypes Have in Common

Whatever the stereotype, viewing students as a group instead of as individuals leaves them at risk for not getting the support they need to learn. By confronting implicit biases in education, teachers can create culturally responsive classrooms that promote equitable learning environments.

How Teachers Can Promote Equity in Education

When schools and teachers acknowledge implicit biases in education, opportunities arise to change the systems—from the classroom, to the district, to the state level—that haven’t been supporting students.

A network to train and retain science, technology, engineering, and math (STEM) teachers, 100Kin10, offers one example of how confronting bias leads to meaningful systemic change. Low-income school districts, which have disproportionately more black and Hispanic students than high-income districts, lag in STEM offerings. To address this, 100Kin10 is committed to working with educational leaders, teachers, and networks across the country to add 100,000 diverse STEM teachers who will promote students’ identities as STEM learners and redress inequities for marginalized students.

Programs such as 100Kin10 aims at systemic change. In addition, any teacher can do five key things to make space for equity in the classroom.

5 Ways to Make the Classroom Equitable

Educational leadership programs contribute to classroom success by training teachers in ways to confront biases through strategies such as implementing diverse curricula, using asset-based thinking, and connecting with students.

If you are interested in creating inclusive classrooms through leadership models that confront bias and promote equity, learn more about Mills College’s online Master of Arts in Educational Leadership program.

The Chronicle of Higher Education, “Yes, You Have Implicit Biases, Too”

The Hill, “Illinois Can Learn from California’s LGBTQ Education Lessons”

The New York Times, “Why Are Black Students Punished So Often? Minnesota Confronts a National Quandary”

Waterford.org, “How to Promote Diversity in the Classroom: Recognize and Challenge Implicit Bias”