Ethical Leadership: What Is It, and How Can We Master It? 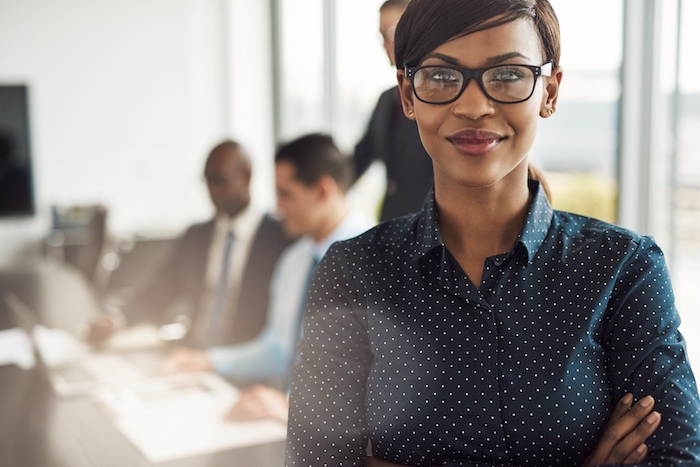 Lehman Brothers. Enron. Bernie Madoff. In recent years, the unethical behavior of a few key individuals has brought down some of the biggest companies in the country. Even today, it seems a new corporate, political, or entertainment leader is accused of egregious behavior on a regular basis.

Sadly, this phenomenon isn’t expected to end anytime soon. In a recent study, the lack of ethical leadership was deemed one of the biggest problems facing today’s organizations.

As educators, we believe the solution starts in the classroom. When students are exposed to positive examples of ethical leadership, it has the potential to ripple across the school — and society.

What is ethical leadership in education?

Ethics are the internal principles that guide our behaviors and decision-making. They’re a moral code that dictates everything we do. In our day-to-day lives, ethical behavior is not just the practice of doing no harm; it’s a moral grounding that guides us to actively and consistently do what’s right.

When applied to a learning environment, ethical leadership is the art of influencing everyone at the institution — from students to administrators — through ethics. Ethical leaders use pre-established and widely shared principles to achieve organizational goals, develop curricula, and organize and manage teams and resources.

But ethical leadership in education is more than just the act of hanging a list of buzzwords on the break room wall. The best examples of ethical leadership are pioneers and luminaries who don’t just talk the talk, but also walk the walk. Their ethics guide them when they’re at the front of the classroom and when no one’s watching.

The principles of ethical leadership are based on the idea that everyone throughout the institution should be treated with fairness and respect.

This sounds easy enough. But in practice, well, it takes practice.

To create an educational environment where equity and integrity rule, leaders must be conscientious and take their positions seriously. Ethical leaders understand their job is to help empower everyone at the institution to succeed. Their leadership skills are based on the principles of inclusivity and the goal of actively and intentionally creating an open, collaborative environment that values information sharing.

An ethical leader understands that everyone has a right to an opinion. Ideas and suggestions can be criticized, but the people who put them forward must always be respected.

Ethical leaders are also fully accountable for their actions. They take responsibility for every decision, every interaction. They build trust with teachers, students, and administration by doing what they say they will do, every time.

Importance of ethical leadership in education

At Mills College we believe that there are few areas of society where ethical leadership is more important than in the field of education.

Students see everything we do. They can sense when rules that apply to them do not apply to others. They notice when we ignore the behaviors of some while punishing the same action in others. Students don’t just watch what we do, they learn from it.

According to the principles of social learning theory, we determine what constitutes proper behavior by observing the people around us. In Albert Bandura’s famous Bobo doll experiment, children who watched adults mistreat a toy imitated the same actions — often to a tee — when they were given the opportunity to play with the doll alone.

It’s not just students who thrive under the direction of ethical leaders. Studies have shown that when the people at the top of an organization proactively act in an ethical manner, it permeates throughout the institution. In a 2012 study by David M. Mayer et al., it was observed that organizations with ethical leaders saw less unethical behavior in subordinates.

That’s because the best ethical leaders lead by example. They create and promote a framework that teachers, students, and administrators can use to guide their decision-making. Imagine if the people accused of wrongdoing at Enron and Lehman Brothers had gone to schools and institutions that actively embraced this type of framework.

Additional benefits of ethical leadership in education include a more collaborative environment, where employees report problems sooner, reducing an institution’s liability. There’s also likely to be less resentment and fewer rumors, as open communication promotes trust and good faith within the organization.

In time, institutions that embrace and promote these ethics-inspired frameworks will start to attract teachers and leaders who share their principles. These new recruits are less likely to leave their jobs, studies have shown, and are more likely to be effective at what they do. The principles of social exchange theory suggest that when people are treated positively, they’re more likely to return the favor, even if it’s simply by doing their job to the best of their ability.

Learning the principles of ethical leadership in education

As important as ethical leadership is in the field of education, many educational master’s programs don’t teach it. At Mills College we devote an entire course to it.

Our goal is to prepare participants to become ethical leaders in the classroom and beyond. We offer a highly individualistic and intensely inclusive environment that inspires creative, independent thinkers to take action and make a difference in society.

If you’re ready to change the world for the better, we want to help you realize your full potential. Learn more about the online MA in Educational Leadership at Mills.