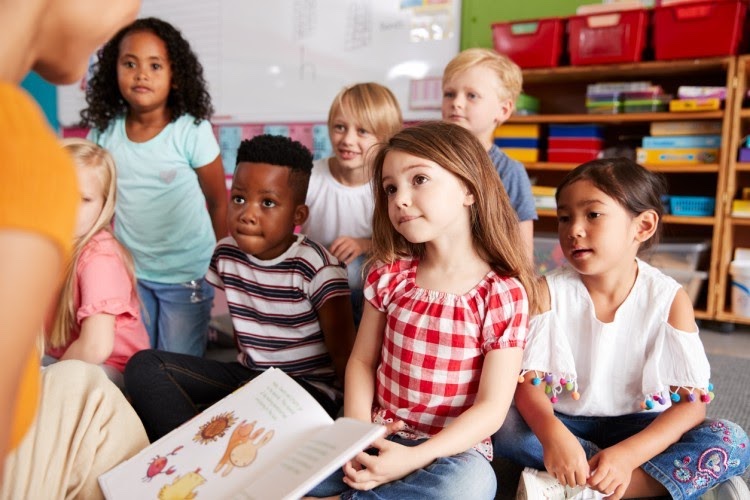 Gentrification—when affluent people move into a low-income neighborhood—is a growing concern for educators across the U.S. At least 135,000 Black and Hispanic residents, including students and their families, were displaced from their homes due to gentrification in the early 2000s, according to the latest reporting from the National Community Reinvestment Coalition (NCRC).

Dr. Forrester began her teaching career in Oakland’s Alameda Unified School District during the 1980s when the district began to gentrify. “White students will not go to schools in poor, Black and Hispanic districts,” Dr. Forrester says. In this way, gentrification worsens segregation and inequality.

However, educators can improve education outcomes for students impacted by gentrification by providing stable school communities. And educational leaders, Dr. Forrester explains, have the opportunity to make systemic changes that will support marginalized students.

A national study published in Sociology of Education found that nonwhite neighborhoods are 122 percent more likely to gentrify when charter or magnet schools are an option.

Charter schools are publicly funded, but they are not run by the local school board and instead function independently. Students can enroll in charter schools regardless of where they live.

Magnet schools are part of the public school system and operate under the local school board, but they offer specialized curricula, and interested students from any district can enroll. In traditional public schools, students are assigned to a school district based on their home address.

Parents can opt out of sending their children to a district’s public schools in favor of charter or magnet schools, a process known as school choice. Plus, many schools close because original student populations are dislocated and the new student populations won’t integrate.

After losing more than 10,000 students to charter schools in 10 years, the Oakland Unified School District in California chose to partner with charter schools, incorporating them into the district and sharing resources such as building space, although these schools still operate independently.

How Does Gentrification Affect Students and Families?

Gentrification disproportionately affects communities of color, such as those in Oakland, who are faced with the choice to either leave their homes and communities or struggle to afford higher costs of living. Many high-income tech industry employees have begun moving to Oakland. This drives up home prices and rents. Research from PolicyLink shows low-income families in Oakland now spend anywhere from 52 to 79 percent of their income on housing. Anything over 30 percent is considered a cost burden.

How Gentrification Impacts Families Who Are Displaced

Families who move because they can’t afford their rent face burdensome moving expenses. Not only is moving considered one of the most stressful life events, studies show moving affects children’s mental health. When a child’s family moves, the child experiences change across all dimensions of their life—new home, new school, new friends. As a result, children who move are more likely to experience depression and anxiety than other children. In turn, anxiety has negative consequences for learning, and it can often make students seem disengaged when they’re actually too worried to focus.

How Gentrification Impacts Families Who Stay

Gentrification is also destabilizing for families who stay in their communities. When a neighborhood’s population changes, so do its childcare facilities, healthcare providers, and grocery stores. Rising grocery prices combined with rising rents mean families who must pay higher rents have less money to spend on groceries that are now more expensive than they were before. In fact, according to the CUNY Urban Food Policy Institute, hunger problems are one of the more serious and underreported issues facing low-income families in gentrifying neighborhoods.

Children in low-income families who live in gentrified neighborhoods have higher rates of anxiety and depression than those whose families have housing subsidies—meaning they are neither displaced nor subject to rent changes—or those living in neighborhoods that do not gentrify.

Strategies for Educators to Help Students Dealing with Gentrification

Although gentrification interrupts students’ lives in ways that can harm their education, teachers and school leaders have a tremendous opportunity to make a difference.

First and foremost, develop relationships with students. In particular, white teachers working in gentrifying communities need to listen to students of color and connect with the school’s community while understanding their own experiences might be very different. For example, Dr. Forrester recommends thinking twice before doling out punishments to students who are behind or struggling. Instead, teachers should find out why students are struggling and devise strategies to help.

Early in her career, when Dr. Forrester taught eighth grade in Oakland’s Alameda County Unified District, students in one of her classes were reading two to three years below grade level at the start of the school year. But by dispensing with punishments and instead making the classroom a positive space for learning, the students' reading level rose to grade level or above. Four years later, all but one graduated from high school.

2. Use Voice and Choice

Allowing students to have a voice and choice is one important way teachers can relate to students that personalizes learning. Instead of telling students what to study, let them select topics to study that matter to them. Then, challenge them to answer questions such as, “Why do I want to study this?” Used properly, voice and choice should encourage self-directed learning that raises classroom standards.

Social-emotional learning (SEL) seeks to ensure students’ social-emotional needs are met. This shifts the focus away from academic metrics that have been shown to cause anxiety, which improves student learning.

Teachers working with students going through changing circumstances such as gentrification should study trauma-informed education because it prepares educators to meet the needs of their students, Forrester says.

In addition to the work individual teachers do in the classroom, school leaders help create stable learning environments by defining overarching policies. “Students are the only people with seven different bosses,” says Dr. Forrester, referring to how many teachers a middle or high school student typically has in a day.

Throughout the day, students rotate through classrooms, and year to year, they change teachers altogether. So to have a truly consistent learning environment, administrators and teachers need to work in tandem to design educational environments that support students dealing with changing circumstances.

To combat the harm gentrification does to students, educational leaders need to enact systemic change. Systemic change seeks to rework the structures, at the district and state level, that support all students.

In Mills College’s online Master of Arts in Educational Leadership program, students prepare to become educational leaders who will do just that. Candidates learn leadership principles that are informed by social justice and take classes that explore topics such as race and cultural awareness, urban education, and curricular and instructional leadership.

At Mills, Forrester teaches classes where students take a deep look at the relationship between subjects such as the history of education and human resource management. Although public education began over 200 years ago, Forrester says people are still experimenting and trying to find ways to get better outcomes for all students. “Everyone thinks that coming into class to learn about HR, we’re looking at that job function, when in fact, we’re asking, how do we use humans to change systems and structures that support our kids?”

Chalkbeat, “What Does Gentrification Mean for Local Schools? Fewer Students”

CityLab, “Does Gentrification Give Children Anxiety?”

CityLab, “Where Gentrification Is an Emergency, and Where It’s Not”

Education Week, “What Are Charter Schools?”

Edutopia, “Voice and Choice: It’s More Than Just ‘What’”

The Guardian, “‘There’s No Way to Stop This:’ Oakland Braces for the Arrival of Tech Firm Square”

Health & Place, “How Do Moving and Other Major Life Events Impact Mental Health? A Longitudinal Analysis of UK Children”

Hechinger Report, “Almost All Students with Disabilities Are Capable of Graduating on Time. Here’s Why They’re Not.”

NeaToday, “Neighborhood Public Schools Forced to Give Up Space to Charter Schools”

PolicyLink: “Oakland’s Displacement Crisis: As Told by the Numbers”

PsyCom, “Classroom Accommodations to Help the Anxious Child at School”