Hip Hop Pedagogy: Using Music as a Tool for Learning 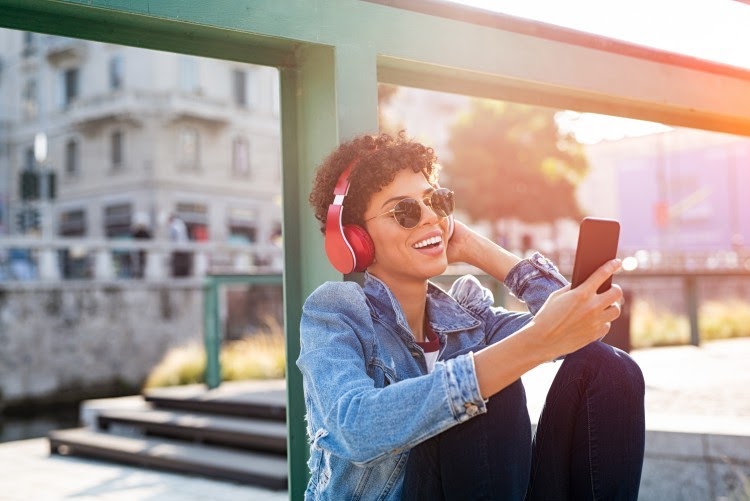 In the 1970s, hip hop was born in response to the gang culture and pervasive violence of the South Bronx. A form of music, movement, art, and style, hip hop has been an outlet for marginalized youths to speak to their experiences with racism, poverty, crime, and oppression.

Over the past 20 years, educators have found ways to bring hip hop culture into the classroom, using it to help students develop critical thinking, literacy, and STEM (science, technology, engineering, and mathematics) skills.

Today, this approach is known as hip hop pedagogy. A form of culturally relevant teaching, hip hop pedagogy empowers students to tap into their own cultural capital and forge connections between their interests and coursework, explains Dr. Nolan Jones, a professor of education at Mills College.

“When teachers have a facility with hip hop culture, then they’re able to engage students naturally,” Jones says. “You’re talking about something interesting to the student that’s part of their culture and language, and when you’re able to validate the culture in the classroom, then you’ve got the student’s attention.”

What Is Hip Hop Pedagogy?

While using music and lyrics in lessons can be part of hip hop-based education, hip hop pedagogy goes beyond the individual elements of hip hop culture. Hip hop pedagogy empowers minority students and embraces the idea that Black youths created hip hop—and, in doing so, changed the world.

Jones emphasizes that hip hop pedagogy is grounded in culture; race theory; and constructivist learning, which recognizes that all learners bring their own prior knowledge, experiences, and understanding to school.

Hip hop is an art form that impacts everything from popular culture to politics and social issues. Because hip hop informs and then mirrors society, it offers a platform for students to discuss important issues while sharpening their critical thinking and analytical skills.

To reflect hip hop’s role in politics and social justice, instead of ranking the best hip hop albums, NPR put out “21 Hip Hop Albums That Reflected the Politics of Race, Space, and Place in 2017.” The NPR piece notes Joey Bada$$’s All Amerikkkan Bada$$ for confronting police brutality, white supremacy, and Black identity—longstanding issues that are now gaining widespread media coverage.

Hip hop can be a teaching tool for any subject, in any grade, across any format. Jones uses hip hop elements in his graduate courses on hip hop pedagogy. His students then apply those practices in their pre-K, primary, secondary, and postsecondary schools.

The 10 Elements of Hip Hop

Hip hop is the No. 1 genre of music in the world, but music is just one of hip hop’s 10 elements. African Caribbean, Latin Caribbean, and African American youths in New York City’s low-income urban neighborhoods created the original nine almost 50 years ago.

Hip hop began when DJ Kool Herc, a Jamaican immigrant who mixed Jamaican dub records and funk records, created a new sound in the early 1970s. Herc was the first DJ to switch back and forth between two turntables playing the same song, thereby extending the drumbeat.

In the early days of hip hop, the emcee’s role was to get people excited before a DJ’s performance. Over time, emcees began speaking over an entire musical track, creating a style of hip hop known as rapping, which is now the primary vocal style of modern hip hop.

Graffiti art consists of words or images written or drawn on public spaces that speak about the politics, art, and culture of a society.

Street fashion is a style of dress that has evolved outside of prominent designer studios, instead stemming from urban youth culture.

Street language is hip hop’s urban vernacular, and much of today’s slang originates from hip hop culture. For example, the Black community coined the popular term “woke,” or being aware of social injustices.

Street knowledge refers to the knowledge and experiences passed through families and communities of color.

Street entrepreneurialism is a combination of business savvy and grassroots business ventures.

In the early 2000s, Keith Tucker, a DJ and musician from Detroit, began serving plant-based foods to urban families. This work led him to establish health and wellness as the 10th element of hip hop, which looks to promote sustainable, healthy practices.

Hip Hop Pedagogy in the Classroom

The elements of hip hop offer a framework to explore complex experiences across the curriculum. For example, rap can express violence, misogyny, and consumerism, which Jones points to as an opportunity to engage with students in meaningful discussions about issues such as gun violence. Rap lyrics are particularly powerful at sparking debate because they shine a spotlight on society’s injustices.

When teachers use hip hop pedagogy, they need to set ground rules. A teacher might decide, for example, that lyrics that include profanities are appropriate for the classroom. But setting this ground rule opens up the opportunity to discuss why a particular word or phrase is problematic in a classroom setting.

Jones uses hip hop pedagogy to put student experiences at the center of learning. As a type of poetry, rap is often considered a natural fit for literature courses, but other elements of hip hop can also support literary learning.

Jones has used street knowledge to help students connect to Shakespeare. He introduces Hamlet by asking his class to imagine their father has been murdered. They’ve heard a rumor that the head of the local mafia—and their new stepfather—killed him, but there’s no proof.

Next, Jones asks students what they would feel, think, and do in this situation. Instead of having students write an essay, Jones suggests that students write a rap or poem, draw a picture, or use dance and movement to creatively explore their responses.

This approach encourages students to bring their experiences, or cultural capital, to the classroom. When it’s time to discuss Hamlet, students are passionate and confident because they’ve just bridged Shakespeare with their own lives.

The curriculum begins with hip hop’s birth in the Bronx in the 1970s, when DJ Kool Herc first began mixing Jamaican dub music and funk records at block parties. From here, students conduct research to answer questions about that time in history. For example, why did a Jamaican teenager leave home for the Bronx? How did city planning and structures such as the Bronx Crossway influence city demographics? What happened when slumlords in the Bronx burned their own buildings for profit? In Rustin’s class, hip hop offers an avenue to explore the post-Civil Rights era.

The Science Genius pilot program within HipHopEd, a nonprofit educational organization, uses hip hop music and culture to get students passionate about science. Students write science-themed raps and then perform them in front of teachers, administrators, and their peers. Winners of the Science Genius Final Battle go on to compete against students from other schools at the HipHopEd Conference.

Getting Started With Hip Hop Pedagogy

Not only can hip hop pedagogy make any class more engaging and culturally sustaining, but any teacher can use it as a tool. “The most important thing about hip hop,” Jones says, “is that it appreciates your being true to your authentic self.” To do this, teachers must bring their own identities and experiences into the classroom.

Jones suggests two ways educators who are not familiar with all things hip hop can apply hip hop pedagogies:

In Mills College’s online Master of Arts in Educational Leadership program, candidates study hip hop pedagogy with Jones and go on to create culturally sustaining school environments. At the leadership level, administrators versed in hip hop pedagogy have the opportunity to foster school cultures that support students and empower them to bring their experiences into the classroom.

How to Promote Change and Equity in Education

The Conversation, “Why Hip-Hop Belongs in Today’s Classrooms”

DJ Booth, “From Crates to the Classroom: Legitimizing Hip-Hop in Education”

Education Post, “This Detroit Teacher Uses Hip-Hop Literacy to Engage His Students and the Community”

Edutopia, “The Power of Rap and Hip-Hop in the Classroom”

The Hechinger Report, “Opinion: In Hip-Hop, Educators Find a Bridge to Shakespeare”

Hip Hop Is Green, “The 10th Element of Hip Hop”

The National Association for the Education of Young Children, “Teaching and Learning With Hip-Hop Culture”

Professional Learning Board, “Can Graffiti Be Used to Facilitate Learning?”

Treehugger, “Hip Hop Is Used to Teach Kids About Gardening”