The Importance of Native American Education 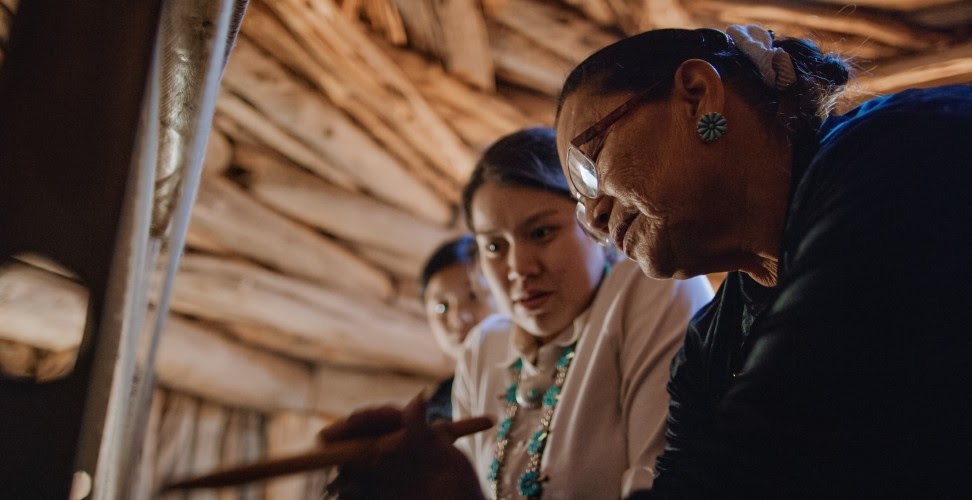 One way that settler-colonist bias erases cultural differences among Indigenous peoples is by treating Native Americans as a monolith—fixed, singular, and existing only in the past. This notion could not be further from the truth. Indigenous populations, including Native Americans, continue to resist settler colonization around the world.

Consider the following terminology determined by the National Congress of American Indians and additional guidance from UCLA’s Resources on Native American and Indigenous Affairs:

These definitions highlight similarities among Indigenous groups (rights to sovereignty, resistance to settler encroachment), as well as deep cultural differences tied to land, language, and culture.

Native American curriculum, then, doesn’t merely refer to curriculum used to teach Indigenous history; it refers to a plurality of Native American ways of knowing, valuing, and being—as rich and diverse as the many tribal peoples who live here.

Indigenous Education for All Students

Native American education benefits all students. Students will gain a deeper, nuanced understanding of their nation’s history and values if they participate in a high-quality curriculum interwoven with many different Native American perspectives in multiple subjects.

Most U.S. students receive very little class time devoted to studying history that centers the narratives of Indigenous peoples. Equitable educators and researchers are working to change that.

The Smithsonian’s National Museum of the American Indian collaborates with Native American tribes to create initiatives like the Native Knowledge 360 Degrees (NK360°) program that amplifies Native American voices. Starting in 2018, the NK360° has expanded to provide free online lesson plans on a wealth of history topics, such as the 1830s Cherokee removal by the U.S. government.

Native American curriculum should extend beyond imparting historical facts. It should teach transferable skills while engaging critically with topics that highlight Indigenous resiliency.

For example, in a unit teaching students how to interpret primary texts, a teacher could help students analyze a treaty between the U.S. and a Native American nation. Before the U.S. government ended its recognition of American Indian nation sovereignty, the U.S. and independent Native American tribes negotiated hundreds of these treaties. Such exercises introduce students to the concepts of sovereignty, intergovernmental relations, and settler colonial injustice.

In a biology class, for example, students can learn about the Three Sisters growing method developed in Mesoamerica and refined by the Mandan and Iroquois. According to this agricultural method, three crops (corn, beans, and squash) can be planted together for mutual benefit; tall corn plants provide structures for beans to climb (eliminating the need for poles), while beans replenish nitrogen in the soil, and squash leaves spread out to create a microclimate to retain the soil’s moisture.

In a nutrition class, students could learn about how the same “three sisters” (corn, beans, squash) together contain all nine essential amino acids, plus other macronutrients necessary for healthy human functioning.

Teachers of any subject—even the sciences—can incorporate examples and texts that highlight Native American knowledge and ways of being.

Interweaving the Arts and Humanities

Teachers and education leaders ought to support and elevate the work of living Indigenous artists and activists, especially local Native American artists who are all too often erased or overlooked. Teachers can seek additional training from and collaboration on lesson plans with local tribal members, if available. For administrators, finding funding and support for teachers and staff to collaborate is key.

How Educators Can Support Native Americans and Reform Indigenous Curricula

Improving Native American education starts with listening to sovereign tribes. While tribal nations do not share a single American Indian language or culture, they tend to repeat similar calls to action:

Clearly, creative lesson plans and nuanced perspectives on Native American history are important components of an improved Native American education landscape. Lasting equitable change, however, can only come about with material changes to U.S. education policy. That means that education leaders must be willing to push, outside the classroom, for transformational education change.

Although most states have no required Indigenous education, Native American knowledge, values, and ways of being are crucial sources of insight and inspiration for all students. Classes in any subject can center Indigenous voices and perspectives, yet education reform also calls for funding and investing in ongoing collaborative efforts between sovereign tribal nations and U.S. education leaders.

Mills College’s online Master of Arts in Educational Leadership program’s leadership model emphasizes collaboration and inclusion. Future education leaders at Mills learn about education reform from an equity perspective. The result? Students leave Mills able to support students both in and outside the classroom. Learn more about how Mills prepares students for educational leadership with a keen expertise in equity.

Ed Note, “The Importance of Providing Native American Education for All Students”

National Congress of American Indians, “Becoming Visible: A Landscape Analysis of State Efforts to Provide Native American Education for All”

Smithsonian Magazine, “Inside a New Effort to Change What Schools Teach About Native American History”