Practices and Policies for Implementing Restorative Justice Within Schools 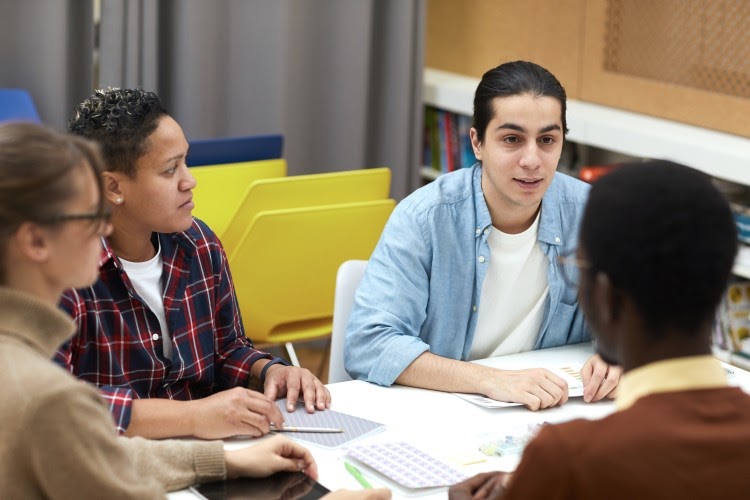 Educators are increasingly aware of the failings of exclusionary discipline and zero tolerance policies. For too many students, a disciplinary measure becomes the first step on a path to prison, and the broader school community suffers in an environment that perpetuates unjust policies.

What Is Restorative Justice?

The roots of restorative justice practices are in the criminal justice system, but it has been adapted and adopted by educators and schools. Emphasizing accountability and making amends with victims, restorative justice seeks to repair harm caused by criminal acts. It typically involves meetings between victims, offenders, and community members, and encompasses several foundational ideas:

When applied to education, restorative justice provides an alternative to exclusionary discipline (suspensions and expulsions) and harsh zero tolerance policies. Restorative justice in schools provides a means for students to resolve conflicts on their own, typically in small, peer-mediated groups.

Instead of simply removing the student who has broken a rule, such exercises in restorative justice consider the impact on other students and teachers and provide an opportunity to discuss ways to make amends. For example, rather than suspending a student who has bullied a classmate, the group may decide a more meaningful disciplinary process includes apologizing for the action and completing a writing assignment that explores the harmful aspects of bullying.

Restorative justice practices in schools are not limited to conflict resolution. Community-building exercises that engage entire classrooms in discussions help to foster constructive environments where restorative justice can take place. Sometimes called peace circles or talking circles, such peer-mediated groups give students an opportunity to talk about problems, raise concerns, and build rapport and respect among peers.

The underlying theory behind zero tolerance policies is that small rule violations (or crimes) necessarily lead to larger infractions. By acting swiftly and harshly when a violation is first committed, larger problems can be avoided. Zero tolerance policies do not consider the circumstances surrounding an incident or the disciplinary history or background of the person who committed the violation.

Advocates for restorative justice in education point to major problems with zero tolerance policies and exclusionary discipline in schools:

Students who are suspended or expelled often feel ostracized, undervalued, and misunderstood. They are at greater risk for dropping out of school, and students who are not in school are at greater risk of coming into contact with the criminal justice system. The phenomenon of harsh school disciplinary policies resulting in students becoming criminals is known as the school-to-prison pipeline.

The following can be effective strategies for implementing restorative justice programs in schools:

Restorative justice programs have been shown to be effective; but implementing them can be a complex process, and the results are not always immediate. Educators should be mindful of potential pitfalls:

Educators committed to social justice and equity in education should consider Mills College’s online Master of Educational Leadership program. With a collaborative, inclusive, trauma-informed leadership approach, the program produces change-makers with a solid grounding in teaching and learning theories, as well as thoughtful curriculum and policy development. To learn more, visit Mills College’s online Master of Arts in Educational Leadership.

What Is Trauma-Informed Education?

Center for Public Justice, “Zero-Tolerance Policies and the School to Prison Pipeline”

National Education Association, “Restorative Practices in Schools Work . . . But They Can Work Better”

National Education Policy Center, “The Starts and Stumbles of Restorative Justice in Education: Where Do We Go from Here?”