What Is an Independent School? Choosing a Career Path in Education 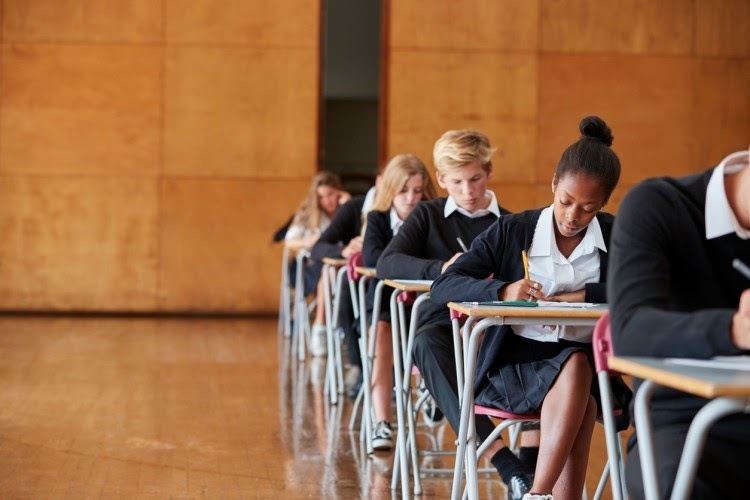 Successful education leaders gain expertise in areas they feel passionate about, such as brain-based learning or trauma-informed teaching. Next, they scout for the type of school that will best allow them to put their specialized knowledge to work. To that end, they may ask themselves, “What is an independent school’s impact on my mission as an educator?”

What Are Independent Schools?

Unlike public schools, which local and state governments run, independent schools answer to a board of trustees. These boards oversee school leaders and carry out a school’s mission and values. This gives independent schools a lot of freedom in creating curricula, administering standardized tests, and making other decisions about how students are educated.

Independent schools can choose alternative, creative ways to assess students, such as assigning portfolios of work that students curate, present, and discuss.

The freedom that independent schools enjoy allows them to try alternative teaching approaches, too. One approach, the Harkness method, brings students together around a table to explore a subject in whole-group discussions similar to the Socratic method. In another approach, independent schools may offer language immersion, delivering half the school day’s curriculum in a language other than English.

Independent schools have some things in common with charter schools—schools run by private entities whose charters allow them to work outside many of the laws and regulations public schools must follow. Charter schools receive public funding, so they still need to hit student achievement benchmarks set by the local district.

Independent schools, on the other hand, receive no public funding. They’re supported by endowments, student tuition, and charitable donations. They can set their own success measures, given that no local, state, or district entities control them. Despite their autonomy, independent schools still get accreditation by state-approved accrediting bodies.

The National Association of Independent Schools (NAIS) estimates that more than 2,000 independent schools educate students across the United States. Nearly half of NAIS member schools are located on the East Coast.

Independent schools have unique organizational missions and educational philosophies that guide and direct how they operate. This impacts curricula, teaching styles, and the structure of learning environments. For example, Waldorf Schools draw from the ideas of scientist Rudolf Steiner, which emphasize developing a child’s spiritual, physical, and artistic sides.

Other independent schools believe in incorporating the arts into all academic subjects, and still others build their learning programs on so-called expeditionary learning models, taking learning outside of the classroom so students can investigate a nearby wetland or conduct interviews at a local animal shelter.

For purposes of comparison, consider the following National Center for Education Statistics data about public schools covering the same school year. They reveal the relative privilege of the average independent school student and highlight that independent schools tend to have less diverse student bodies.

Choosing to Work in an Independent School

Independent schools tend to have smaller student populations and class sizes. This makes it easier to form tight-knit school communities in which teachers and school leaders know every student and are positioned to provide individualized attention. Such an environment can prove gratifying to educators, as it gives them opportunities to nurture all their students’ needs.

Additionally, educators in independent schools tend to enjoy freedom when it comes to using experimental and alternative teaching methods or trying out new technologies. The lack of bureaucracy allows independent schools to launch new approaches quickly. This helps them cultivate an environment of greater creativity.

Finally, independent schools can select who attends. This gives them greater control in building a community united by common goals, which can contribute to a positive school climate. However, despite efforts to diversify their student populations, many independent schools lag behind in creating the racial, ethnic, and socioeconomic diversity found in some public schools..

The management structure of independent schools has fewer layers than public schools, which sit under a large administrative umbrella. For this reason, the education leaders of independent schools deal with less bureaucracy when making changes or resolving issues. They also enjoy more direct channels of communication between themselves and the larger managing body. This means school leaders in independent schools often have better access to those making final decisions, resulting in quicker responses to their concerns and more flexibility to innovate.

The endowments backing independent schools often allow school leaders access to state-of-the-art technology, the latest teaching software, big budgets for professional development, and more. This empowers school leaders to introduce innovative programs, such as the use of virtual reality to help students with attention deficit disorder stay engaged. It also can facilitate the expansion of existing art programs or fund an update of a school’s science labs.

Additionally, the access to resources at independent schools helps school leaders support teachers with the training to reach their full potential as educators.

Choosing a career in education leadership calls for a thoughtful survey of the employment landscape. By exploring answers to “What is an independent school?” and learning about the benefits and limitations of working within different types of environments, current and aspiring education leaders can find a career path that best suits them.

What Does an Education Nonprofit Director Do?

ThoughtCo, “Top Reasons to Teach in a Private School”

ThoughtCo, “What's the Difference Between a Private School and an Independent School?”

Understood, “Public, Private, and Charter Schools: How They Compare”

U.S. Department of Education, “Characteristics of Private Schools in the United States: Results From the 2017–18 Private School Universe Survey”